discussing her new book,
“Our Time Is Now: Power, Purpose, and the Fight for a Fair America”

“This is a narrative that describes the urgency that compels me and millions more to push for a different American story than the one being told today. It’s a story that is one part danger, one part action, and all true. It’s a story about how and why we fight for our democracy and win.”

Stacey Abrams is the New York Times bestselling author of "Lead from the Outside," a serial entrepreneur, nonprofit CEO, and political leader. After serving eleven years in the Georgia House of Representatives, seven as minority leader, Abrams became the 2018 Democratic nominee for governor of Georgia, where she won more votes than any other Democrat in the state’s history. She has founded multiple organizations devoted to voting rights, training and hiring young people of color, and tackling social issues at both the state and national levels; and she is a lifetime member of the Council on Foreign Relations and a 2012 recipient of the John F. Kennedy New Frontier Award. Abrams received degrees from Spelman College, the LBJ School of Public Affairs at the University of Texas, and Yale Law School. Dedicated to civic engagement, she founded Fair Fight Action and Fair Fight 2020 to promote fair elections across the country, and Fair Count, which is guaranteeing an accurate national census for hard-to-count communities.

“From climate change to income inequality, voter suppression is threatening to undermine the most important issues facing our country today. This book is a must read for anyone who wants to see our democracy reflect the will of all people, and not just the will of America’s most privileged.”
—Issa Rae, writer and producer

“Stacey Abrams is not only a passionate advocate of democracy, but also an inspiring example of how to practice it. In Our Time Is Now, she exposes systematic voter suppression efforts across America, and tells us what we need to do to fight back. This book is an essential toolkit for citizens of all backgrounds who believe, as I do, that democracy is not a spectator sport.”
—Madeleine K. Albright, former United States Secretary of State

Celebrated national leader and bestselling author Stacey Abrams offers a blueprint to end voter suppression, empower our citizens, and take back our country. A recognized expert on fair voting and civic engagement, Abrams chronicles a chilling account of how the right to vote and the principle of democracy have been and continue to be under attack. Abrams would have been the first African American woman governor, but experienced these effects firsthand, despite running the most innovative race in modern politics as the Democratic nominee in Georgia. Abrams didn’t win, but she has not conceded. The book compellingly argues for the importance of robust voter protections, an elevation of identity politics, engagement in the census, and a return to moral international leadership.

Our Time Is Now draws on extensive research from national organizations and renowned scholars, as well as anecdotes from her life and others’ who have fought throughout our country’s history for the power to be heard. The stakes could not be higher. Here are concrete solutions and inspiration to stand up for who we are—now.

Elaine Welteroth is a New York Times bestselling author, an award-winning journalist and a producer and judge on the new Project Runway. She is known for her groundbreaking work at the helm of Teen Vogue, where she was appointed the youngest ever Editor-in-Chief at a Conde Nast publication in 2017. She’s now a leading expert and advocate for the next generation of change-makers. She was recently appointed Cultural Ambassador for Michelle Obama’s When We All Vote initiative. Her writing appears in The New York Times, British Vogue, and The Hollywood Reporter. She has written for the hit show Grown-ish and has appeared on-camera for a range of media outlets including ABC News and Netflix. Welteroth released her first book “More Than Enough: Claiming Space for Who You Are No Matter What They Say” in June 2019, published by Viking Press. Her debut literary work became an immediate New York Times bestseller and was the recipient of the 2020 NAACP Image award for Outstanding Literary Work – Autobiography / Biography. She lives with her husband in Brooklyn, New York. 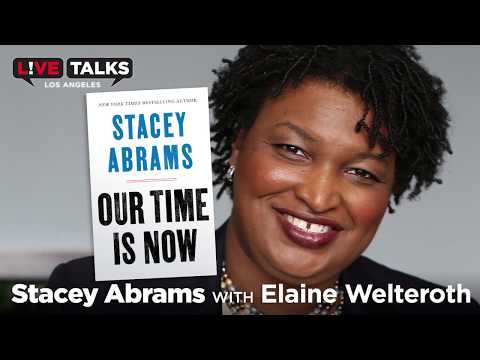