For information on watching the movie on the big screen/movie theater screenings, and other information and updates, visit - www.sujewa.com

"One of the year's most remarkable films...I loved the ending."
- Ian Simmons, Kicking the Seat podcast

"...a satirical Jim Jarmuschian take on The Naked Gun...the hard to believe surprise of 2019 that I was looking for. "
- Neaux Reel Idea

"Werewolf Ninja Philosopher is a deadpan minimalist, underground noir comedy which succeeds by its stylistic audacity and peculiar rhythms that recall the early work of Jim Jarmusch. Since the werewolf ninja philosopher is also an expert martial artist, his philosophical outlook makes it clear that there is much that is strange, but nothing that surpasses man in strangeness. Werewolf Ninja Philosopher is sardonic and witty as well as an affectionate homage of the detective genre, with easily identifiable visual and narrative conventions that any gumshoe would enjoy, even if he is a werewolf." - Facets

"Pardon me for being hysterically positive about Sujewa Ekanayake's latest indie comedy creation, Werewolf Ninja Philosopher, but when a no-budget flick like this shows up with everything in place – great casting, great B&W images, clever scriptwriting, perfect music, gutsy editing and scene-building, both meaningful and funny too – it's time to cheer for the entire (thought-of-as-dead) real indie scene."
- Rick Schmidt, Filmmaker and Author

"...The cinematography was seamless and controlled with a style that's personally Sujewa Ekanayake's...It had an intelligence to it with long scenes that held your attention much in the way of film noir, and the acting was consistent. The Werewolf himself was marvelous."
- Edgar Grana, School of Visual Arts Instructor, Musician

"“Werewolf” never takes itself serious (its absurd comedy after-all), and Sujewa spends time through the Werewolf expressing his love for the things he’s interested in, centered around his influences, while imbuing the film with a workable philosophy that translates to the real world. It also has several legit laugh out loud moments sprinkled throughout."
- Amir Motlagh, Filmmaker and Musician

"...Breakthrough Weekend has audacity and poker-faced wit on its side; its wayward pacing and peculiar rhythms recall early Jim Jarmusch, though it has a New York–centric spirit all its own."
- STEPHANIE ZACHAREK, Village Voice, About film Breakthrough Weekend, 2014 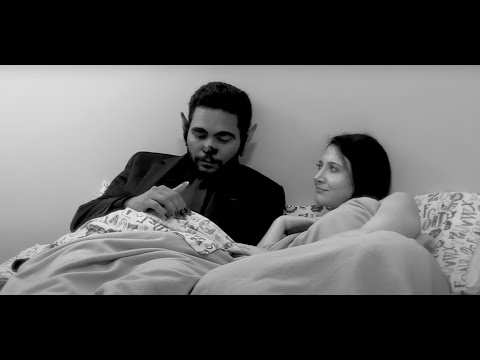 In WEREWOLF NINJA PHILOSOPHER someone is killing art filmmakers in NYC. The City calls on Werewolf Ninja Philosopher - a werewolf who is a ninja, a ph...